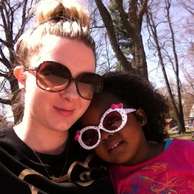 After years of working in a public daycare/preschool setting, I am more convinced than ever that children deserve to in their own home. However, this isn't 1950 and it almost isn't possible in this day and age when people have to work so hard just to keep ahead. The next best thing is a single individual who can consistently be there and provide your child with care customized for them, as close as possible to as much attention and care as a parent would be giving them.
Es braucht ein Dorf, um ein Kind zu erziehen, und ich halte es auch für vorteilhaft, wenn ein Kind eine andere Einstellung und Erfahrung hat als die Eltern, um in der sich wandelnden Gesellschaft von heute rund und anpassungsfähig zu sein.
My first nanny job was caring for a newborn boy from the age of 6 weeks until he was a year, and was responsible for all other household duties. He is now a courteous, healthy 12 year old that I still maintain an "aunt" relationship with and we visit at least monthly, and I currently care for his 4 year old brother on occasion.
I also have 5 years experience living with and providing care and love to a large, non traditional family of biracial girls, aged 4,5,5,6,7, & 10 at the time, and I am still in contact and visit with them as well. This was part of my personal life and unpaid, but it allowed many learning experiences when it comes to being part of a cross cultural family. It also perfected my fashion and hair skills! :)
Another great source of learning and experience for me was my time at Murray Head Start and Early Head Start (the preschool of my local public school system,serving infants through pre-K). I truly love working there, so much that I continued as a sub as often as I could manage even when employed as a nanny elsewhere. I gain daily experience with children of all different needs/disabilities,health problems, children on the Autism spectrum, speech or hearing impaired, diabetes, etc. It also provides experience with children who are new to the country and are ESL, children from less than desirable situations at home, foster/adopted children, and children of different nationalities and religions. My superiors and coworkers there have continued to be a wealth of knowledge and are always there for me when I need advice or opinions, even when employed elsewhere.
From January 2013-July 2015 I was employed by K&R (heart surgeon and family doctor), whose three children were boys age 6&7 and a girl age 2 at the time. I lived in their home and provided around the clock care, both scheduled and as needed. They are a Ghanian American family and I learned so much from them about their culture, and also was lucky enough to live in an environment and absorb information any medical school student would kill for!
The family I was most recently with was a 4 year old boy, who I got around 18 months. My position with them expired 02/19 due to a change in custody arrangements. I have been with him since 2/16, my normal schedule would start at 7 am when he wakes up and end by 6 pm or later, with multiple weekends and overnights with me responsible for everything in between.I maintained literally everything related to his care and well being. I've also flown cross country alone with him twice. We are very bonded and I will miss him very much!
I am active and love to take trips to museums,zoos,parks, swimming,etc. I also believe in taking the kids along in day to day activities, running errands, and just having them anywhere I go so they will be comfortable and handle themselves appropriately in all kinds of environments when they get older. A personal hobby of mine is gaming (PS4,PC) which if allowed, I will teach the kids. In moderation, it teaches them tenacity, how to take directions and operate under pressure, as well as rapidly developing above average hand-eye coordination skills. In this world of technology, supervised exposure at a young age will be invaluable in the future!
I also am a very clean, well organized,and very detail oriented, to the point that sloppiness and disorder drives me crazy and I will organize and reorganize as many times as it takes to keep things in their place. An ideal match does not have to be perfect or organized, but hopefully would allow me to help them keep everything together and teach the children through routine and example to do the same. This includes me taking extra care to keep possessions nice; I do my best to keep clothes looking new, toys from being broken, and always clean up as I go rather than have a huge mess to clean up later.
I am currently only looking for a live out position (unless it’s a temp job, weeks to a couple months, I have a dog I’m not willing to get rid of). 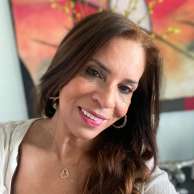 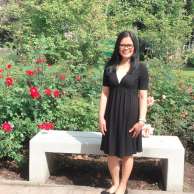 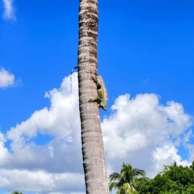 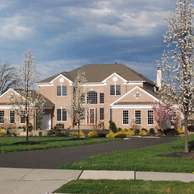